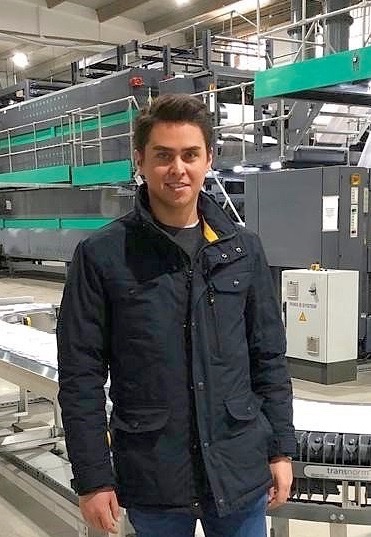 Friday 17. April 2020 - The Tuna Matbaaclk printshop is equipping its recently acquired printing press with the latest automation from Q.I. Press Controls (QIPC). The Turkish printing company is thus continuing the successful combination of the manroland UNISET 75 newspaper press with QIPC automation that the previous owner of the press in South Africa also used. The Dutch specialist for measuring and control equipment for the printing industry is installing its innovative mRC-3D system for color register and cut-off register control in the printing plant in Ankara.

Takeover of the printing press
Tuna Matbaacılık is one of the more modern printing houses in Turkey. The company operates five printing presses, including the manroland UNISET 75 which it purchased two years ago from a printing company in South Africa and on which mainly schoolbooks were printed. The press was already equipped with QIPC automation in South Africa, but these systems remained with the seller. “From the moment the press arrived in Turkey, we knew we wanted to invest in automation as well to improve product quality and reduce waste,” says owner Tuna Yıldırım. Eventually the investment was delayed a bit, but today Tuna Yıldırım is proud to announce that the press will be re-equipped with QIPC automation.
Future vision and conditions
The total of six mRC-3D cameras (two for cut-off register control and four for colour register control) enable the press to work more efficiently with less waste, resulting in a higher quality end product. Tuna Yıldırım explains the decision for QIPC by pointing out the future vision of QIPC and the services offered: “QIPC is fully focused on the printing industry. They continue to invest in research and development within this industry. Furthermore, the “price/performance ratio” and delivery time were excellent”.
Long term
Both Tuna Matbaacılık, QIPC and Bora Erdem of Derintrade, QIPC’s agent for Turkey and the person who brought both parties closer together, are looking forward to a successful, long-term cooperation. Tuna Yıldırım: “The contact has been perfect so far and Harold Drinhuyzen from QIPC had an answer to every question or problem we have encountered so far. Harold Drinhuyzen, Area Sales Manager at QIPC: “We were very impressed with Tuna’s print shop Matbaacılık, which looks very modern and tidy. We are very pleased that he has chosen our automation. It shows that we are performing well on newspaper presses and may lead other Turkish printers to consider QIPC”.

Mainpost is convinced by the press automation results of Q.I. Press Controls