Home » Metsä Board started board production in Kemi 50 years ago

Metsä Board started board production in Kemi 50 years ago 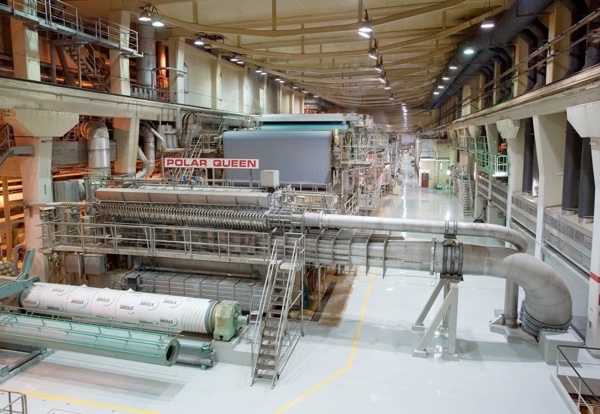 Kraftliner from Kemi is a pioneering example of quality and sustainability
Today, Kemi is a leading production site for coated white-top kraftliner and its further development.
In 1975, the plant’s bleaching line was completed, and shortly afterwards the production of mottled kraftliners started. After further investments, the production of white-top kraftliners began in 1986. In 1990, a further increase in quality followed with the production of coated board, and in 2011 Metsä Board, a leading European producer of premium virgin fibre-based board, invested in the production of double-coated grades. Over the years, the company has continued to invest in innovative technologies and increased production capacity from 180,000 to 425,000 tonnes, more than double. This makes Kemi the world’s largest production plant for white-top kraftliner and the word &bdquoKemi” is now synonymous with quality. &bdquoCustomers all over the world want to buy &sbquoKemi’ and they mean first-class white kraftliner,” explains Panu Räsänen, Product Manager at the Kemi site.
The kraftliner that Metsä Board produces at the Kemi mill is used as a cover material for corrugated board and is known worldwide for its first-class quality consistency and excellent printing properties. Processing coated kraftliner into corrugated board has had a significant impact on production processes: The machines now run at lower temperatures and save up to a third of energy compared to previous production. Coated kraftliner thus makes a major contribution to improving the ecological footprint. As a packaging material, corrugated board is also an exemplary material in terms of the circular economy thanks to its high recycling rate.
Today, around 120 skilled workers are employed in Metsä Board’s board production at the Kemi site. With their uncompromising commitment to quality, they make a decisive contribution to the success of Kraftliner. The latest investments will enable the company to further increase production capacity for white-top kraftliner and improve the mill’s material and energy efficiency. Metsä Fibre’s investment in the Kemi bioproducts plant creates a sustainable foundation for a fossil-free future and ensures the success of kraftliners from Kemi for the next 50 years.

Expert advice from Metsä Board helps Guylian with the PEFC certification

Metsä Board Husum on the way to a fossil-free future