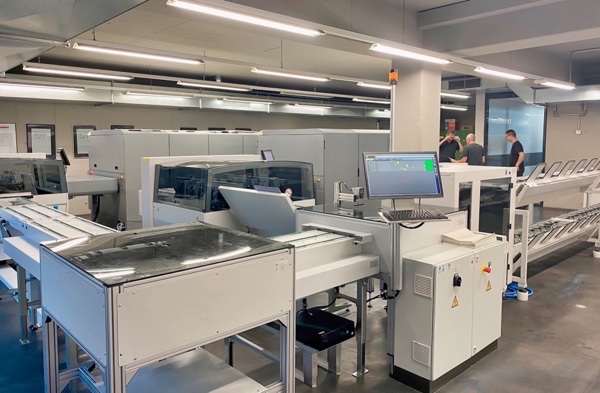 Friday 05. August 2022 - With generally declining circulations, coupled with huge increases in the cost of paper, energy and other materials, newspaper printers are forced to search for ways to streamline their processes and make themselves more efficient.

Folding cartons digitally printed and embellished in one pass

Kodak wins Wifac Group as reseller for CTP, workflow and plates in Benelux

Workflow is the Selling Point at The QMC Group

Workflow is the Selling Point at The QMC Group