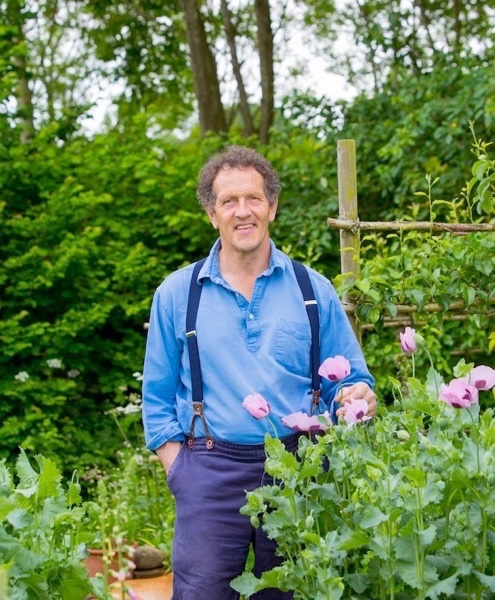 Thursday 21. April 2022 - Monty has starred in a host of other major television programs including ITVs This Morning. While he has also presented a number of his own shows, most recently Monty Dons Adriatic Gardens that debuted in January 2022.

The Print Show is delighted to announce gardening icon and popular television personality Monty Don OBE as the third and final celebrity speaker for the 2022 show.
One of the most respected names in the horticultural world, Monty is most famously known as the lead presenter of BBC series ‘Gardener’s World’, which he has fronted since 2003.
Aside from his many television appearances, Monty has enjoyed a distinguished writing career and has more than 25 books to his name. In addition, between 1994 and 2006, Monty wrote a weekly gardening column in The Observer.
Monty has achieved all this and so much more despite having to battle depression since his mid-twenties, while he also suffered a stroke in February 2008. However, Monty bounced back and has been an incredible inspiration to gardeners and non-gardeners alike.
“We are absolutely delighted to have an icon like Monty on board for The Print Show 2022,” event director Chris Davies said. “Monty has had such a varied career and I’m really looking forward to hearing some of his many inspirational stories at The Print Show in September.”
Monty Don is the third and final celebrity speaker for The Print Show 2022, joining British legend Frank Bruno and former Countdown host Nick Hewer at the event, which will run from September 20th to 22nd at the NEC in Birmingham.
The celebrity speaker feature proved an incredibly popular addition when it ran for the first time at The Print Show 2019. World famous explorer Sir Ranulph Fiennes, boxing icon Chris Eubank, and MasterChef host Gregg Wallace delighted visitors with their stories.
Once again, visitors will be able to put their own questions to the trio of celebrities, with one speaker to feature on each day of The Print Show. In addition, everyone in attendance will have the chance to meet and have their picture taken with each of the celebrities at a dedicated area inside the hall.

Preparations begin for The Print Show 2022 at the NEC

The Print Show postpones until 2022

Planning for the industrys future at The Print Show 2021

Paying tribute to prints glorious past at The Print Show 2018

The Print Show going from strength to strength says Morgana, as it prepares to set sail on Thames cruise