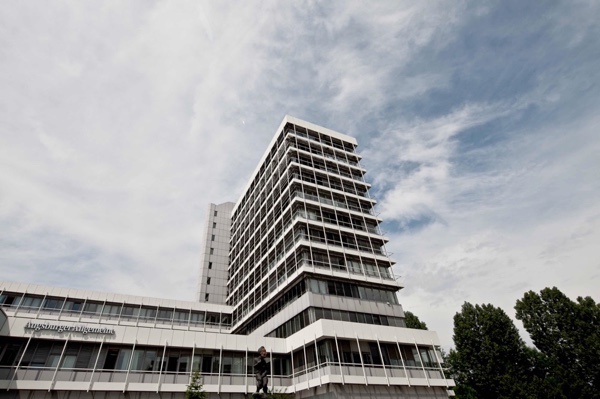 Friday 05. July 2019 - Its an old adage that aeroplanes only earn money while they are up in the air, and something similar may be said about mailroom systems. To keep them at maximum availability, Augsburg-based Pressedruck media group invested in new hardware and software last year. The operation has relied on Ferag technology since the 1950s, making it one of the longest-established users.

Pressedruck media group publishes the Augsburger Allgemeine, which together with the group’s local newspapers and the Allgäuer Zeitung adds up to a circulation of 303,902 copies (IVW, I/2019, including e-paper) and 770,000 readers (MA 2018). This makes it Germany’s second-largest regional daily newspaper. Pressedruck media group also owns Main-Post media group (since 2011) and Südkurier Medienhaus. Daily sales of around 665,000 newspapers and a readership of 1.7 million make Pressedruck media group the seventh-largest newspaper publisher in Germany, with a current workforce of about 4,000.
Postpress processing at the Augsburg printing plant is handled by pd-printservice GmbH, a wholly-owned subsidiary.
The challenge
pd-printservice GmbH invested in a precollecting line with the EasySert inserting drum from Ferag in 2010. Just a year or two earlier, Pressedruck media group had already installed four postpress processing lines with Ferag MultiSertDrum inserting drums. The postpress processing lines have twelve insert hoppers and three VP stations each, while the EasySert is equipped with thirty-two hoppers.
That adds up to a lot of complex technology, and after a decade in operation “the risk of a breakdown was quite high,” in the situational assessment of Robert Scheuffelhut, deputy technical manager at Pressedruck media group. Since the printing house wanted to maintain system availability at the highest possible level, it decided in autumn 2017 to retrofit the existing conveyors’ control electronics and software.
The new solutions
All the software modules were first pre-installed by Ferag, then the hardware equipment was delivered to Augsburg. The big challenge here was the servers running in parallel. “On our side, we had to make sure that all the data provided by upstream systems such as SAP would work on both servers,” says Mr Scheuffelhut.
In the planning phase it already became clear that the existing obsolete software could no longer run on the new hardware. That meant having to replace the entire software, update all the computing hardware to Windows 10 and, lastly, replace the line controllers.
“We’ve definitely invested in security,” Mr Scheuffelhut points out. The Augsburg company furthermore purchased an additional software package as part of the overall conversion: Ferag Optimizer, which is deployed on the EasySert conveyor to plan direct distribution jobs. According to Mr Scheuffelhut, the different software previously in use “provided rudimentary support at the time, but really just assisted manual work by an employee.”
Optimizer is an extension module for Navigator that optimizes hopper loading sequences and predicts the number of insert changes they will require. The entire conversion lasted about four months and took place during ongoing production, but only between Saturday and Sunday.
The status quo
Robert Scheuffelhut sums it up: “The new solutions actually do just the same as before, but now we once again have a stable and reliable system for the coming six to eight years.” On top of that, the new solutions resolved some old problems.