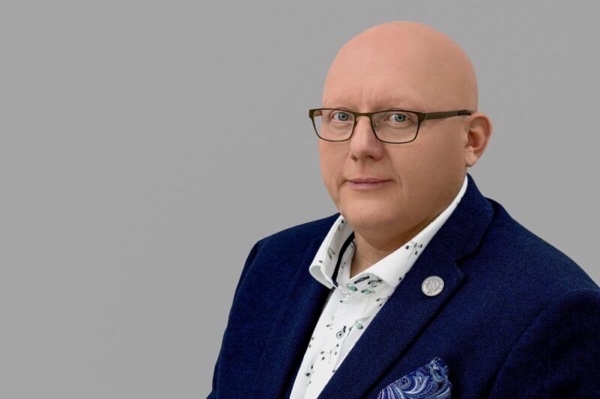 Wednesday 03. August 2022 - In his new role, Holdom will spearhead the marketing strategy for the Acuity Ultra printers. Fujifilm has expanded its Acuity team with the appointment of Shaun Holdom into the role of Marketing Manager - Fujifilm Wide Format Inkjet Systems.

In his new position, Holdom, who has more than two decades of industry experience, will be responsible for marketing Fujifilm’s new Acuity Ultra presses, including the Acuity Ultra Hybrid LED.
Holdom’s extensive knowledge of print technology – and in particular, inks and ink transmission – began in 1998, when he joined Lyson (now part of Nazdar) as a Product Manager as he was involved in the development of solvent inks, including advancing them to print onto PVC substrates. He then progressed to working with a range of major OEMs to develop solvent and water-based inks for inkjet printers.
Following this, Holdom began working in the print hardware sector, supporting the development of small format machines and expanding the market in which they were being sold.
He then spent almost five years at adhesive-coated products manufacturer Drytac as a Global Product Manager, developing products for the graphics sector and creating even more connections with leaders in the field as he did so.
David Burton, Marketing Director at Fujifilm Wide Format Inkjet Systems, says: “Our new Acuity presses already deliver on speed, quality and value for money. Shaun’s industry knowledge is just what our team needs to keep the brand in its strong market position within the wide format sector.”
Commenting on his new role, Holdom adds: “It’s a very exciting time to be joining Fujifilm, a strong brand that has completely reinvented its wide format offering in the past 12 months.
“The new Acuity brand in particular has huge market potential that is only just beginning to be realised. With high quality printing now assumed, modern wide format printers, above all else, are looking for versatility and value, so they can say yes to more work, while being confident of a strong return on their investment. The new Acuity range ticks both of these boxes and I’m looking forward to introducing it to a much wider audience.”
Kevin Jenner, European Marketing Manager at Fujifilm Wide Format Inkjet Systems, comments: “Shaun has extensive, valuable knowledge about inks, their development over the years, and their applicability in various applications. Holdom joins us at an exciting time; weeks after FESPA 2022, where the new Acuity machines stole the show. We are thrilled to have him onboard and can’t wait to tap into his insights to expand the Acuity brand even further.”