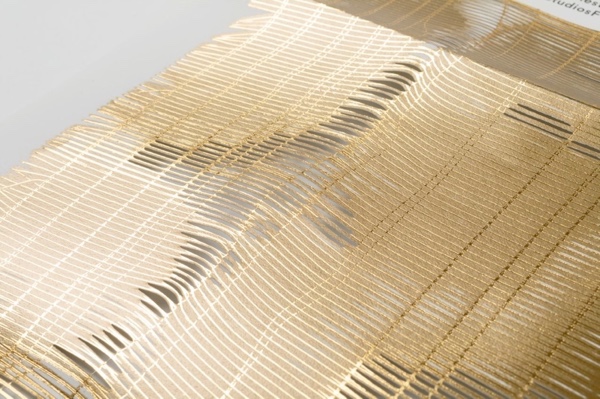 Wednesday 12. February 2020 - Submissions to the contest launched by Fedrigoni SpA, now running for its 12th edition, are open through June, 30, 2020. Eligible to the contest are designers, printers, publishers and end users that with their creations have succeeded in making the most out of Fedrigoni and Fabrianos papers and adhesive materials by Manter. A jury of qualified experts will be joined by the publics online vote. Four different categories will be assessed.

Fedrigoni is proud to announce the kick off of the Fedrigoni Top Award 2021, the 12th edition of the international contest that Fedrigoni SpA organizes to turn the spotlight on the most prestigious creations that are printed, with any technique, on Fedrigoni and Fabriano’s special papers and on the adhesive materials for labels by Manter, a brand of Fedrigoni’s subsidiary Arconvert.
The contest – launched for the first time in 2000 to celebrate the value of paper in devising and designing all types of editorial and packaging products, from art printing to coordinated image mockups – is dedicated to designers, printers, publishers and final customers who will have realized their paper works between July 2018 and June 2020. The evaluation will be made by an international jury composed, like in all previous editions, by a panel of design and communications experts. As an add-on this year the competition jury panel will be joined by the public that will be able to cast their vote from home by clicking on the “like” button on their favorite images posted on the website. The project that will result the most voted from the public will be displayed with the other winners and accessible online.
Submissions are open through June, 30, 2020; in a first phase they require to fill in a specific form on the website fedrigonitopaward.com and, of course, send a selection of photographs. The works that will be nominated for the award will be divided into four categories: “Publishing”, dedicated to Gianfranco Fedrigoni, that includes books, volumes, magazines, and art editions; “Corporate Identity”, dedicated to catalogues of products and services, coordinated paper, mail pieces, wish gift and invite cards, calendars, notebooks, diaries, paper crafts for exclusive gifts; “Labels”, that includes high-end wine, spirits and food labels (applied on boxes), specially selected by Manter; and “Packaging”, dedicated to boxes, cases, shopper bags, displays for shops, wrapped-up holders.
This year the jury of experts will be composed of Simon Esterson (Pulp/Eye magazine/UK), Frank Goehrhardt (Taschen/Germany), Min Wang (China Central Academy of Fine Arts/China), Ivan Bell (Stranger&Stranger) and Juan Mantilla (KIKO/Milan), that will evaluate the works based on the originality of the graphic design, functionality, precision of execution and appropriate use of the papers from the brands of Fedrigoni SpA. By July, 2020, a secret ballot will be held and the works that will have obtained at least two votes will move to the next phase, which will end with a joint selection by the panel members of the three best creations for each category.
The announcement of the winners will be made during the opening ceremony of an exhibition in Paris in spring 2021, where the creations will be put on display. Besides receiving a symbolic trophy, the most interesting creations will be included in a catalogue that will be distributed on a global scale to a qualified audience. The jury will be able to exercise the right to assign a special award to the best work realized with the HP INDIGO print technology.
In the last edition of the award more than 1,100 projects from about 30 countries were submitted, and they included highly innovative solutions. “Thanks to the participation of true professionals and the development of new technologies – says Chiara Medioli, Vice President, Fedrigoni Group – year after year the Fedrigoni Top Award upholds its tradition of a lucky chance to combine creativity and willingness to experiment, putting on display best-in-class works and reaffirming the role of paper as a design tool”.