Home » Largest contract for two decades for Heidelberg do Brasil

Largest contract for two decades for Heidelberg do Brasil 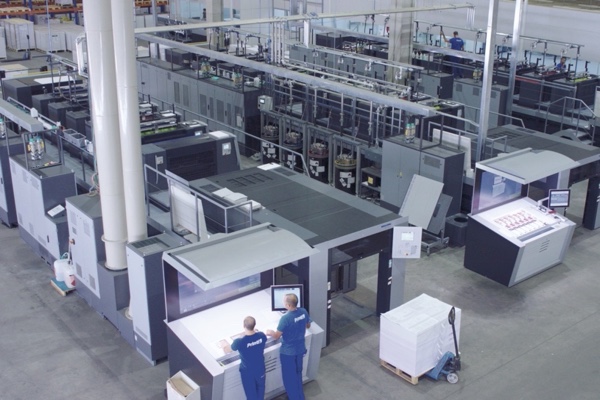 They still exist – large contracts in the print industry, which bring about a significant gain in capacity and productivity through full new installations. At the Brazilian online printer Printi in Sao Paulo, three new Speedmaster XL 106 presses and a fully automatic Suprasetter 106 CtP system have been in operation since March of this year. The complete package was supplied by Heidelberger Druckmaschinen AG (Heidelberg). Twelve Heidelberg technicians installed the machines within eight weeks. Once that had been done, twelve Printi employees received one month of intensive training in how to get the most from the systems.
Printi’s overall goal is to increase print capacity and productivity by up to 30%. The makeready times have been cut from 40 minutes on the old machines to just four minutes on the new ones. What used to take five machines to produce can now be handled by the three new Speedmaster XL 106 eight-color presses with perfecting and LED UV technology , which produce 18,000 sheets per hour. The new machines use the innovative Push to Stop concept for fully automatic job changes, and feature the highest level of automation. “The most important point for us when it comes to increasing production capacity is the speed and stability of the Heidelberg machines,” explains Wirandé Campos, COO of Printi. “In addition, the partnership between Heidelberg and Printi has enabled us to cut our ink and energy costs, and make our business more sustainable and efficient.”
Largest contract for two decades for Heidelberg do Brasil
The online print shop Printi has been in operation since 2012 and is one of the fastest growing print shops in Latin America. The company is part of the Cimpress Group, and established a branch in Boston, USA in 2018. Customers mainly use the web-to-print shop to order promotional materials such as flyers, brochures, posters, business cards, and even packagings in small quantities. They expect fast delivery and high quality.
“This is the largest contract in 20 years for us,” confirms Ludwig Allgoewer, President of Heidelberg do Brasil. “The three Speedmaster XL 106 presses acquired by Printi are the most highly automated on the market. Together they can produce 54,000 sheets per hour. Intelligent automation, top quality, productivity, and cost efficiency give the Speedmaster a strong reputation on the Brazilian market and worldwide.” The LED UV drying systems mean that the sheets are dry when they reach the delivery and can go straight into postpress, which speeds up the entire production process.
In prepress, Printi already has a Suprasetter 106 CtP with an imaging capacity of 42 plates per hour. In order to keep up with the increased capacities, the company invested in an additional Suprasetter 106 CtP with an imaging capacity of 55 plates per hour as well as two automatic pallet loaders. The two CtP imagers are connected in an integrated and automated production line.

Personnel change in the Management Board

Optimization of the overall system in focus